Croydon Airport Society Touches Down At The Beehive

Orega welcomed 25 members of the Croydon Airport Society to The Beehive to see the latest phase of development in the building’s 73-year-old history.

The distinctive circular building started off life as Gatwick Airport’s original terminal building in 1936, and this month opened its doors as a modern, fully equipped business centre.

Among the group from the Society was Angela Jackaman, daughter of Morris Jackaman who bought the Gatwick Airport site in 1933 for £13,500 with the aim of building an international airport on the land. He also conceived the idea of creating the world’s first circular passenger terminal building. This included telescopic covered passageways that radiated out to the aircraft via rails, for which he obtained a patent.

The Society was welcomed to The Beehive by Orega's joint managing directors Zach Douglas and Paul Finch who gave a tour of the building’s new 21st century interior. This includes fully equipped conference rooms, leading edge IT and telecoms, and a state-of-the-art lighting system that changes the colour of the building throughout the day and night.

On hand to describe the building’s recent history was its owner, James Gaggero of the Bland Group, who bought The Beehive from BAA in 2000 and refurbished it for £1.2m. He was followed by leading Gatwick historian and Society member John King who drew on his encyclopaedic knowledge of the airport to provide a brief but fascinating talk. The Society was established in 1978 and now has over 500 members, many of whom worked at the original London airport in Croydon. 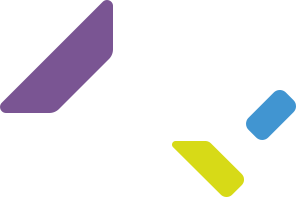