The Beehive attracts swarm of guests to VIP launch 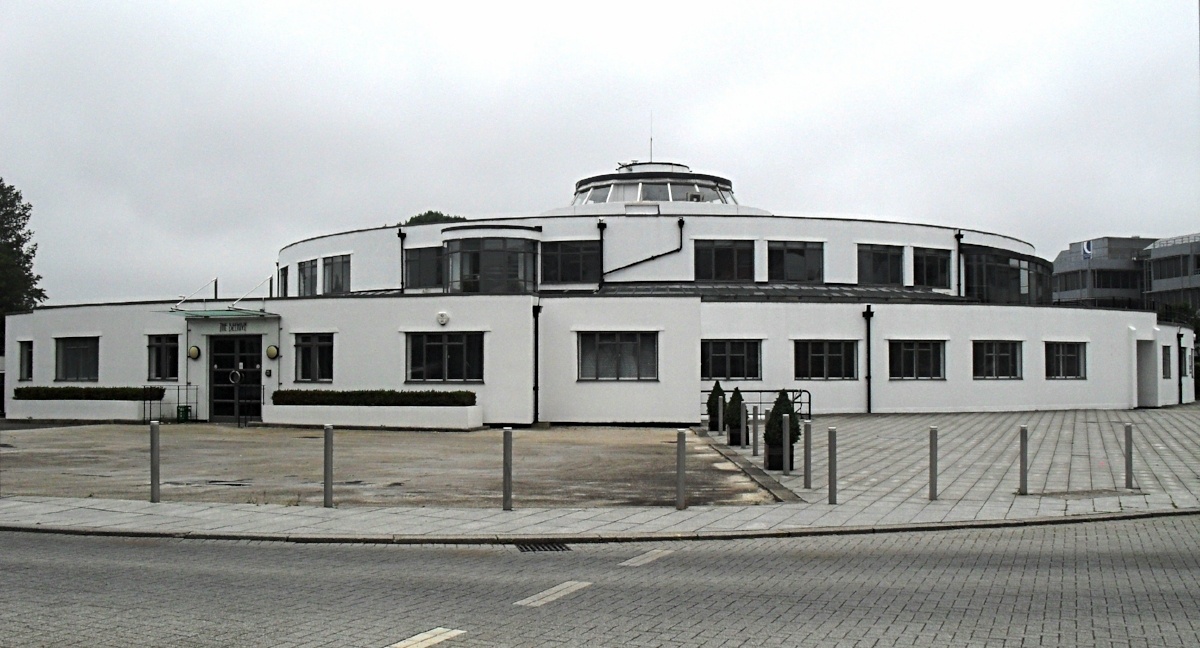 Over 50 local business people were buzzing with excitement at the VIP launch of the new business centre at The Beehive next to Gatwick Airport in Crawley, West Sussex.

The morning champagne reception gave the invited throng a chance to see at first-hand the results of the building’s £1.2m refurbishment and its transformation into a state-of-the-art, fully equipped business centre perfect for the 21st century occupier.

Guests were greeted by James Gaggero, chairman of The Bland Group, which owns the building, and Paul Finch and Zach Douglas, joint Managing Directors of the business centre, which opened in April this year. James Gaggero welcomed the visitors and talked of his pride at being involved in a building with such a long aviation history and its bright future as a business centre 'providing a lively and happy working environment that is a pleasure to engage in'.

Everyone was then offered a slice of The Beehive in the shape of a specially created cake which replicated the circular art deco building.

Among those present were some of The Beehive’s new tenants. Four companies have so far signed-up for space: IT services company Logica, Norwegian-based virtual training firm It’s Learning, Polarcus, a Dubai-based company specialising in vessels for the oil and gas industry, and structural steelwork company G&H Engineering.

The Beehive’s location, less than a mile from the airport, was a key factor for many of the tenants. Both It’s Learning and Polarcus have established their UK head office in the 22,000 sq ft building, while G&H Engineering has been involved with projects at Gatwick for many years and wanted self-contained, high-quality offices nearby.

Linda Burton, who joined Orega in April as The Beehive’s customer service and sales manager, says: "This building is completely unique. There’s nothing like it in the Gatwick and Crawley area and it has that ‘wow’ factor which visitors find very special. As soon as you walk through the doors into the reception area, you are struck by the way in which the original features of the building blend seamlessly with the new contemporary styling details. It has to be seen to be believed!"

The Beehive, which is Grade II listed, dates from 1936 and was the original airport terminal building for Gatwick Airport. It was vacated in August last year after former occupier GB Airways was sold to easyjet. The Bland Group, which had owned GB Airways, bought The Beehive from BAA in 2001.

Want us to show you around the centre? Get in touch for a tour!

What’s the right office type for your business?

Whether you’re a start-up or a fully-fledged business with hundreds of employees, your office environment is integral to the day to day running of the company. With an increasing range of options, we look at the benefits and drawbacks of each and which will best suit your unique business needs.

Wondering what makes Orega Slough a great base for your office? Slough offers great public transport options and is surrounded by the main motorways M4, M25 and M40, making for an easy commute from nearby areas as well as Heathrow Airport.

Moving offices has been cited as the second most stressful task for business owners, closely behind hiring new staff. But if you plan ahead and create a thorough plan, you can greatly reduce the stress of moving. Here are our top 10 tips for a seamless office move…

5 Tips for Putting Your Own Stamp on Your New Office

When your business moves into a shiny new office, one of the first things you’ll want to do is put your own stamp on it and make it your own. Here’s how to do it...

How to Choose Your Perfect Serviced Office Package with Orega

Want to find the perfect serviced office package? At , we’re committed to providing you with modern office spaces with an exceptional service that goes above and beyond your business requirements.